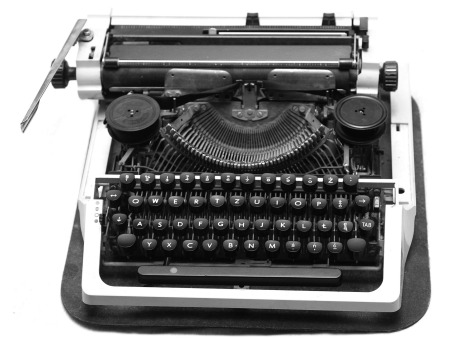 I wanted to reflect a bit on the writing I’ve done this last year, and the people and opportunities that have helped me with it. 2017 was a busy, fruitful year on the writing front. I was lucky enough to be short-listed for the Kelpies Prize for unpublished children’s novels, run by Floris Books. I also wrote Green Knight, a one woman show which I performed at the Edinburgh Fringe, and adapted two short stories as audio dramas for the Shoreline of Infinity Infinitesimals project. I finished the year sketching out the plot and opening chapters of a new Middle Grade novel, doing a really thorough re-edit of the novel which was shortlisted for the Kelpies Prize, and being part of the recording of two Infinitesimals dramas – one adapted by me and one by the talented Jonathan Whiteside.

Last year, though, was just as much about connecting – or keeping connected – with people who supported, improved and inspired me as a writer. There were the readers who kindly gave feedback on my work – most of all the wonderful, talented Jen McGregor, who gave so generously of her time and expertise to dramaturg Green Knight, improving it immeasurably. There were the staff of Floris Books, who welcomed me so warmly between the shortlisting and awards ceremony for the Kelpies Prize, and, even though it didn’t win, offered fantastic advice on taking the novel forward. (If you write children’s fiction set in Scotland, you should be entering the Kelpies Prize – these are fantastic people). Writer Jonathan Whiteside and editor Noel Chidwick provided enthusiasm and momentum for Infinitesimals audio dramas, which will launch formally in 2018. I joined SCBWI, the Society of Children’s Book Writers and Illustrators, and enjoyed workshops, crit group feedback and some lovely socialising with the local branch. And the awesome writers I met when I was part of Story Shop last year at the Edinburgh Book Festival have proved to be a really precious writing tribe, supporting everything I’ve done and inspiring me with the fabulous work they’ve produced. It’s partly down to them, and to SCBWI friends, that I’m now in a productive, daily writing routine.

But I also want to talk a little about my Mum.

While my dad was a bit of a frustrated actor, and probably fuelled that side of me, my mum was very much the writer and reader in our house, putting a wide variety of books in my hands (and never raised an eyebrow when as a teenager I decided to describe the naughty bits of The Thorn Birds to her – although she probably had a good giggle about it afterwards). Good stories were treasure to her, something to be passed on and shared, and that’s very much how I feel about them now. It’s a coincidence, but one that makes me very happy, that this year, before she passed away, I revisited a lot of my favourite childhood books, including Susan Cooper’s The Dark is Rising series, my Noel Streatfeild collection, and Elizabeth Goudge’s The Little White Horse.

My mum died in 2017, although the mum I knew had drifted away almost before I realised it a few years ago, when her dementia took hold. Before her funeral, I had a chat on the phone to the minister who led the service (and did so very beautifully), but hadn’t known her. I talked through my strongest memories of her: her big smile, her love of music – and her writing. She told me on more than one occasion that she would have liked to have been a journalist, but that it was difficult for women to go into the job when she came out of university in the 1950s. I’m not sure how happy the profession would have made her, in the long run, but who can say; instead she became a very, very good teacher.

However, she still found a way to write – producing lifestyle articles on family life for the local paper. One of my firmest memories of her from my childhood in the 1970s is at the typewriter. It was a noisy machine, and she rapped out her words with fierce determination (this was not an era for secret messaging). This typewriter time was my mum’s alone – she insisted on it, in a life where she was more or less constantly in demand from one or other of us, adopting an unsmiling writing face which clearly warned, ‘Do not approach’. I was enchanted by the typewriter in the way my son now gets hyped up about a new iPad. Here was a machine that fired out words! Even more impressively, these same words would weeks later resurface in the actual pages of the newspaper which tumbled through our letterbox every day. And, although the sheer honour of this seemed sufficient to me, they would even pay you!

As soon as I could, I negotiated time for myself on the typewriter, and started tapping out my own stories – these now provide unintended hilarity for myself and my teenager (they also feature some less than classy illustrations by the author). But I’m so grateful to my mum for the example she provided. That there was a joy in creating, imagining and storytelling. That the time to do this was not something to be sacrificed to a sense of responsibility to others. That writing was also work – in the sense that it could and did lead to publication and payment, but also because it required hard, inky graft and a lot of edits (bear in mind these were the days before we had Tipp-Ex, too).

So, she would have been delighted to see me writing, and to have heard that I’d performed last year at the Edinburgh Book Festival (which she always loved and spent too much at – something else we have in common). She would have adored to be with me at the Kelpies Awards ceremony (also at the Book Festival) in August, and to hear my words read aloud. I can picture her exactly as if she had she been there, quaffing wine and beaming at me through the crowd.

The thought of going into the new year without her hurts, and is bewildering. But I’m also beginning it with stories to tell, goals for my work, and people around me who value writing as she did. And that’s a starting point to be grateful for.